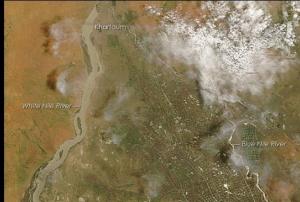 On 5 August 2014 the International Charter: Space and Major Disasters was activated for floods in Sudan at the request of the UNITAR/UNOSAT on behalf of UNOCHA. The mechanism will provide space-based maps of the affected area.

Flood, caused by several weeks of heavy rain, has caused 20 casualties and made 6,000 individuals homeless, as 3,000 houses were destroyed and more than 2,000 affected.

Since July, when Sudan's rain season began,  floods have affected eight of Sudan's eighteen states as well as the country's capital city, Khartoum. Rescue efforts are at work, but further rain is expected over the next few days. 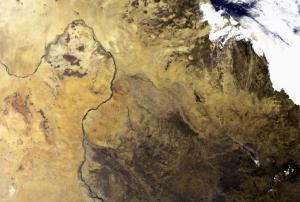 In 2003, 2007 and 2013, Sudan was particularly harshly affected by flash floods that displaced hundreds of thousands of people. In order to better prepare and warn farmers of flood events, they need access to real-time information and they need to be able to exchange and apply the information.

To fill this gap, the Consultative Group on International Agriculture Research (CGIAR) recently completed research on the potential use of satellite data in flood-based farming in Sudan. The project is support by the International Fund for Agricultural Development (IFAD) and the International Water Management Institute (IWMI). The target of the project is to provide operational flood mapping services and the development of a flood forecasting system. Via Smart ICT (e.g. cell-phones backed up by the web), farmers and relevant… 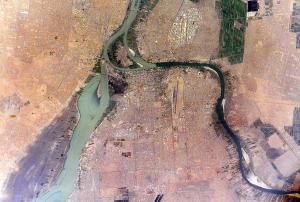 Due to heavy rain and floods in Sudan, the International Charter was activated on 6 August 2013 in order to aid and support emergency responders in the country with space-based information. Many areas of Sudan have suffered the effects of the floods but the most affected has been Khartoum State, where 38 people have been killed, dozens more are left injured and 7,259 homes have been destroyed.

Given the fact that several areas are still flooded and it is expected that the rains will continue, the Government of Khartoum State has requested relief support from civil society organisations and capable volunteers. 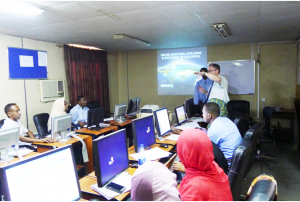 A workshop and training course on space-based technologies for disaster risk management are being held from 5 to 9 May 2013 in Khartoum, Sudan. Both events are organized jointly by UN-SPIDER and their partners the Remote Sensing Authority (RSA), the National Center for Research (NCR) of Sudan and the Regional Centre for Mapping of Resources for Development (RCMRD). The activities are supported by the Sudan Civil Defense General Administration, the Directorate of Public Health and Emergency (Ministry of Health), the Ministry of Agriculture & Irrigation and Sudan Meteorological Authority.

The training was kicked off with a one-day awareness-raising workshop on May 5 followed by a four-day training course for selected Government officials and UN staff. As one of the follow up actions of the UN-SPIDER Technical Advisory Mission (TAM) carried out from 22 to 26 May 2011, the… 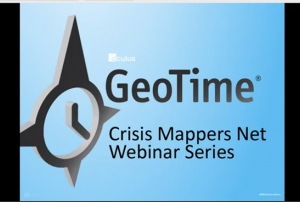 The Crowdsource Mapping Network Crisis Mappers offers a free-of charge webinar on Crisis Mapping Analytics using data from conflicts in Sudan and Libya. The presentation by Helena Puig from UNDP's Threat and Risk Mapping Analysis unit in the Sudan, is available on Youtube. The webinar is part of the Crisis Mappers' Net Webinar Series.

At the request of the Government of Sudan, through its Remote Sensing authority, UN-SPIDER with the support of several partners carried out a Technical Advisory Mission to Sudan. The aim was to evaluate the current and potential use of space-based information in all the aspects of disaster management in the country and to strengthen its disaster risk management by providing better access to space-based information for disaster risk reduction as well as response.

The expert team met with several high ranking members of the Government as well as other national institutions and organizations. A one-day workshop was organized as a part of this mission, which was attended by about 120 persons from government departments, UN agencies, NGOs and private companies involved in using geospatial technologies for disaster management. The workshop was inaugurated by the Minister of Science and Technology and the Minister of Interior. The workshop was not only effective in generating… 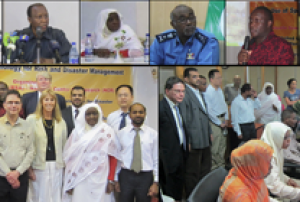 Sudan is exposed to droughts, some of them triggering famines and displacements. Sudan is also exposed to floods along the Nile river, sand storms and heat stress. At the invitation of the Government of Sudan and taking into consideration an ever-increasing potential for natural disasters and the effects of climate change, UN-SPIDER conducted a Technical Advisory Mission to Sudan. The key objectives of the mission were to assess national capacity and evaluate disaster and risk reduction activities, policies and plans with regard to the use of space-based technologies. 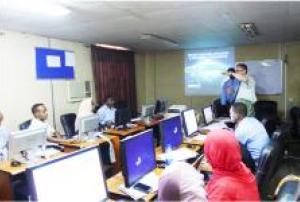 The training course was kicked off with a one-day awareness-raising workshop on 5 May 2013 and was followed by a four-day training course. Over 120 participants from the government, NGOs, academia, United Nations organizations and private companies in Sudan participated in the first day’s workshop. About 20 participants from the Remote Sensing Authority, the Meteorological Service, the… 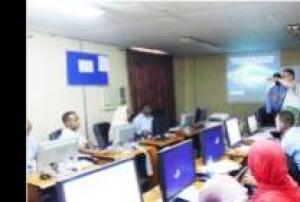