MapAction responds to floods in Paraguay 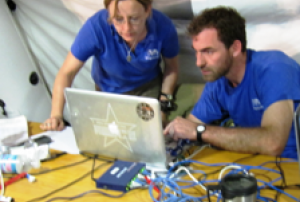 A MapAction team is responding to widespread and repeated flooding in western Paraguay attached to a United Nations’ assistance group. The worst floods for more than a decade began in April. They have left thousands of families in scattered rural communities in urgent need of emergency food and other help after the floods devastated crops and livestock. A complication of the emergency is that the affected communities are spread across two rural departments with a combined area somewhat larger than England and Wales. Many villages have remained cut off by road for weeks, requiring aid to be flown in by helicopter. On 29 June MapAction received a request from the UN to support a group travelling to Paraguay to assist the government and international agencies in coordinating assistance.

The non-governmental organisation (NGO) MapAction is a volunteer group of geographical information systems (GIS) professionals. It has the capacity to deploy its humanitarian mapping and… 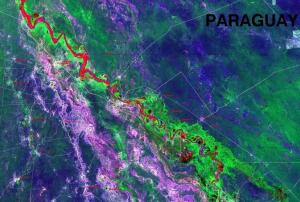 Heavy rain, which began in March, has caused the Pilcomayo river in Paraguay to overflow; resulting in flooding throughout the country. An estimated 13,000 families have been isolated due to the floods. The main affected areas are: Puerto Casedo, Pinasco (North of the Country), Villa Choferes del Chaco, Tte. Manuel Irala Fernandez, Cruce Pioneros (Central area of the country) and Teniente Esteban Martinez, Cacique Sapo (South of the country).