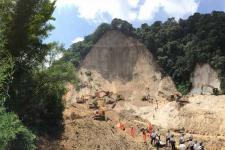 At the request of UN-SPIDER, the Geographic Information Systems Department of the Executive Secretariat of Guatemala’s National Coordinating Agency for Disaster Reduction (SE-CONRED) modelled the landslide hazard in the region of Chinautla using two digital elevation models (DEM):

Figure 1 presents the geographic area where this analysis was conducted. 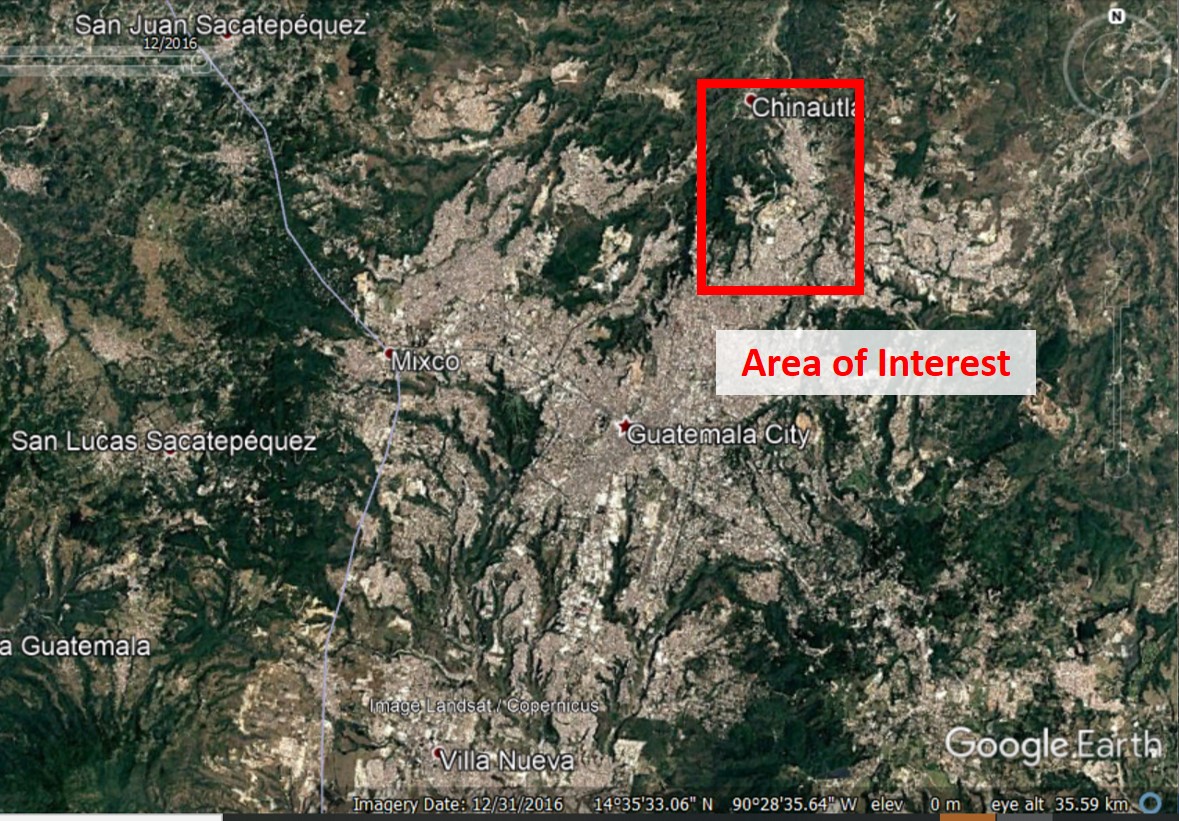 Figure 1: The Greater Metropolitan Area of Guatemala City and the area of interest in the Chinautla municipal district where the landslide hazard assessment was conducted.

This article presents the results of this analysis.

The landslide hazard assessment is calculated using the following equation: 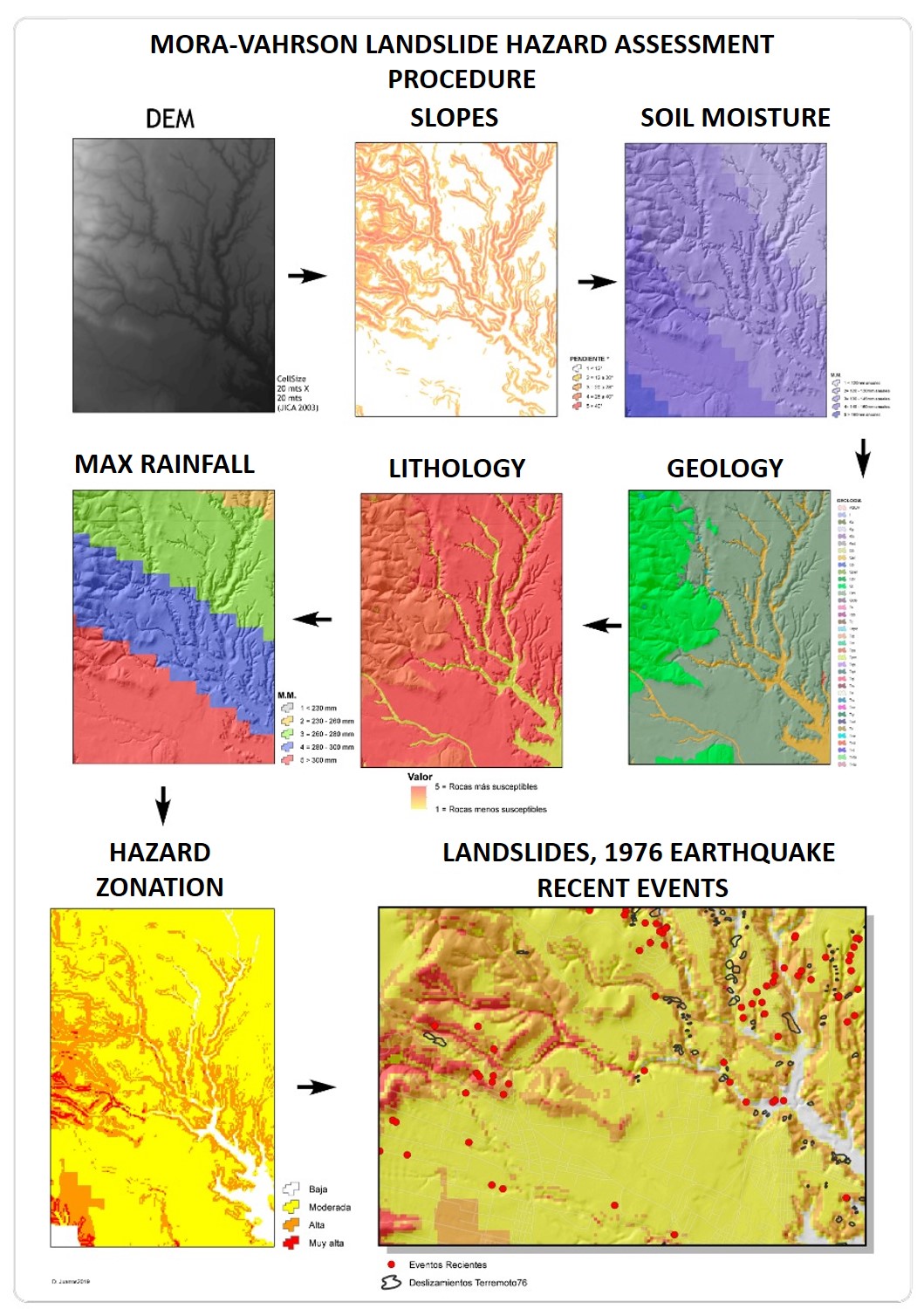 The required information has been extracted from different sources:

The calculation of the landslide hazard assessment was conducted using a geographic information system.

Figure 3 presents the results of the comparative assessment. On the left, the results obtained using SRTM and on the right using WorldDEMTM of Airbus Defence and Space GmbH: 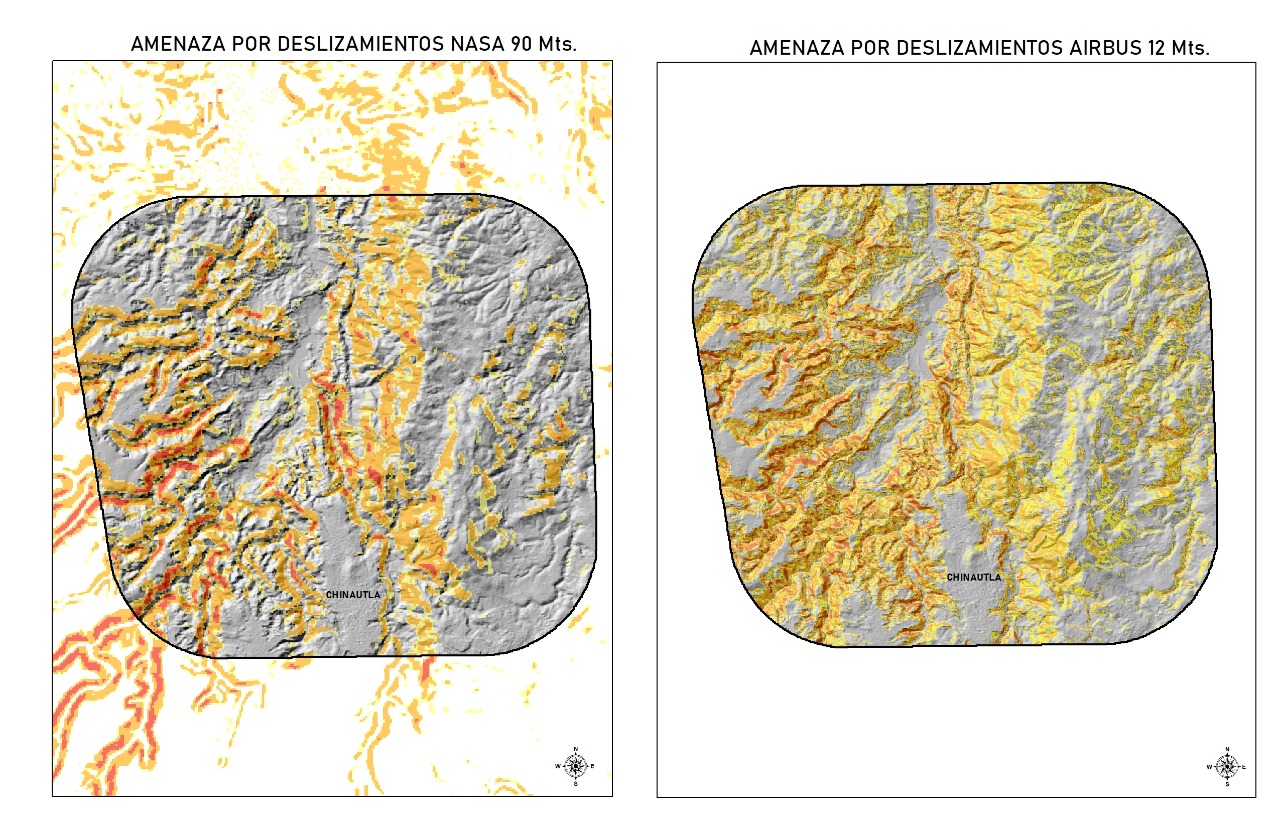 Figure 4a: Close-up of the map developed using the SRTM

Figure 4a: Close-up of the map developed using the WorldDEMTM

The comparison of the landslide hazard maps extracted with the two DEMS leads to the following results:

On 4 February 1976, a strong 7.6 magnitude earthquake impacted large parts of the country, killing more than 23,000 inhabitants. The earthquake triggered a large number of landslides in the highlands of the country, as well as in many ravines in the Greater Metropolitan Area of Guatemala City. Figure 5 presents the location of several of those landslides near Chinautla and the landslide hazard map developed using the WorldDEMTM. 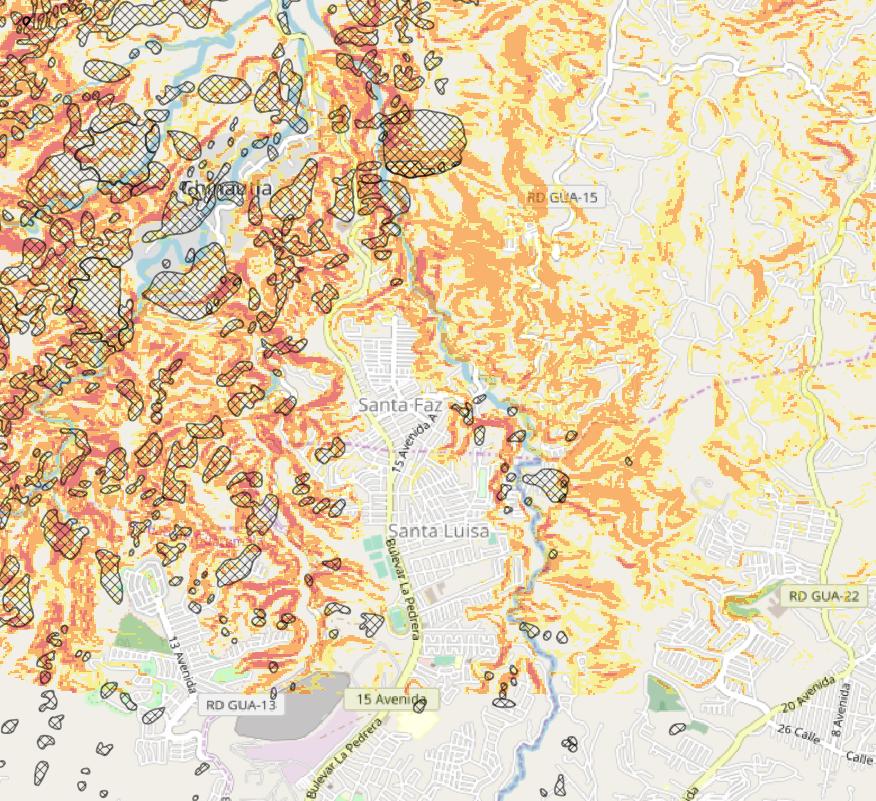 Figure 5: Location of landslides triggered by the 1976 earthquake (black polygons with a cross pattern) and the landslide hazard map developed using the WorldDEMTM.

The comparison of the results of the landslide modelling using WorldDEMTM and SRTM leads to the conclusion that the higher resolution of WorldDEMTM allows for the modelling of landslide hazard with a higher precision, identifing more precisely which areas may experience landslides triggered by rainfall or by earthquakes.

The WorldDEM™ used in this analysis is a Digital Surface Model. However, to reduce the impact of surface features such as vegetation, digital terrain models (DTM) are usually preferred for the purpose of landslide modelling. Since 2019, Airbus Defence and Space GmbH offers a WorldDEM-based, global, automatically derived DTM  product with a resolution of 24m.

This user story has been provided by Danilo Juarros of the Executive Secretariat of the National Coordinating Agency for Disaster Reduction of Guatemala (SE-CONRED). The first image of the article, courtesy of CONRED, shows the landslide in El Cambray II in the municipality of Santa Catarina Pinula in 2015.