Charter Activated for Fires in Israel 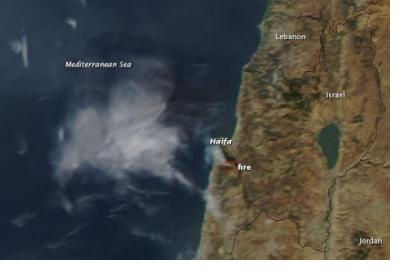 The International Charter Space and Major Disasters have been activated on 24 November 2016 due to wildfires affecting Israel since 21 November.  Although there are no fatalities, the fires have left injured people and led to the damage and destruction of homes.

Haifa, the third largest city in Israel has been the most affected one, and approximately 80000 people have been told to evacuate. According to BBC, strong winds in the north of the city augment the fires that came after a drought of two months. Authorities informed that arson is the suspected cause in half of the fires. Strong winds and dry conditions will maintain till early next week warned forecasters. The international community has sent equipment to support the work done by the local firefighters. For more BBC information on the fires please click here.