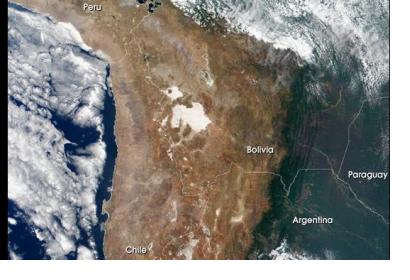 During the past decades Latin America countries like Argentina and Brazil have been active in launching satellites for Earth observation .  In recent years, a satellite receiving station was established in Chetumal, Mexico.

In recent years countries  in this region have been engaged in the development of observation tools. Venezuela and Chile have launched Earth observation satellites and Venezuela is also working on a next satellite generation with the contribution of China. This year Peru launched its first observation satellite PeruSat-1 under the direction of Gustavo Henriquez. The data obtained from this satellite will be used for military and civil uses including disaster management, environmental protection and surveillance in case of illegal mining. More information on PeruSAT-1 Mission here.