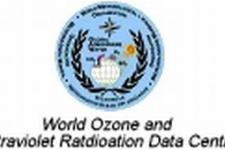 The WOUDC is operated by Environment Canada and is located in Toronto.