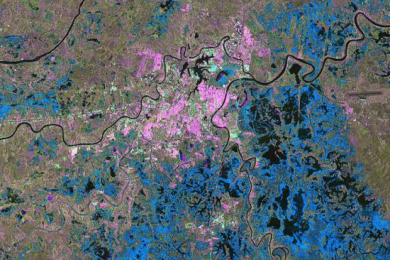 Airbus Defence and Space and the Canada Centre for Mapping and Earth Observation (CCMEO) have signed a contract that enables the Canadian government and institutions to access imagery captured by the TerraSAR-X and TanDEM-X satellites for carrying out research and professional training without charges.

The objective of the partnership is to support Canadian agencies in the development of operational monitoring concepts by employing Canada’s C-Band radar mission in conjunction with the European X-Band satellites for maritime surveillance, disaster management and environmental monitoring. It focuses on an academic context that could enhance research and education.

TerraSAR-X and TanDEM-X Earth Observation twin satellites were developed by the German Aerospace centre (DLR) together with EADS Astrium, and launched in 2007 and 2010, respectively. They produce high-quality radar images of the entire planet whilst circling Earth in a polar orbit at 514 km altitude.

It is not the first time the Government of Canada and Airbus Defence and Space join forces, the development and launch of both satellites benefited from Canada’s Inuvik Satellite Station Facility (ISSF) above the Arctic Circle.