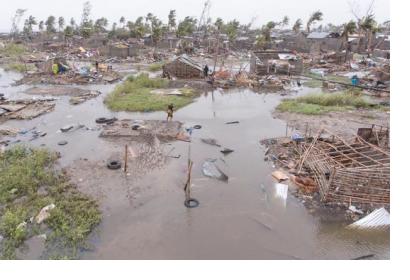 Failure of climate change mitigation and adaptation, and extreme weather events, such as floods and storms, are also among the top five risks by severity of impact. These are the most strongly connected global risks, according to respondents.

The report underlines that growing climate emergency is "striking harder and more rapidly than many expected". Recent analyses by the National Aeronautics and Space Administration (NASA) and the National Oceanic and Atmospheric Administration (NOAA) show that 2019's average temperature was the second warmest since modern record-keeping started in 1880, and only surpassed by that of 2016. More generally, the last decade is the warmest on record, and the impacts of climate change are playing out through extreme weather events such as cyclone Idai, which led to widespread destruction from wind damage and storm surge in Mozambique and parts of Zimbabwe in 2019.

To mitigate against the worst outcomes and strengthen resilience of communities amidst geopolitical and geoeconomic uncertainty, the report is calling for quick "coordinated, multistakeholder action" between world leaders, businesses and policy-makers. 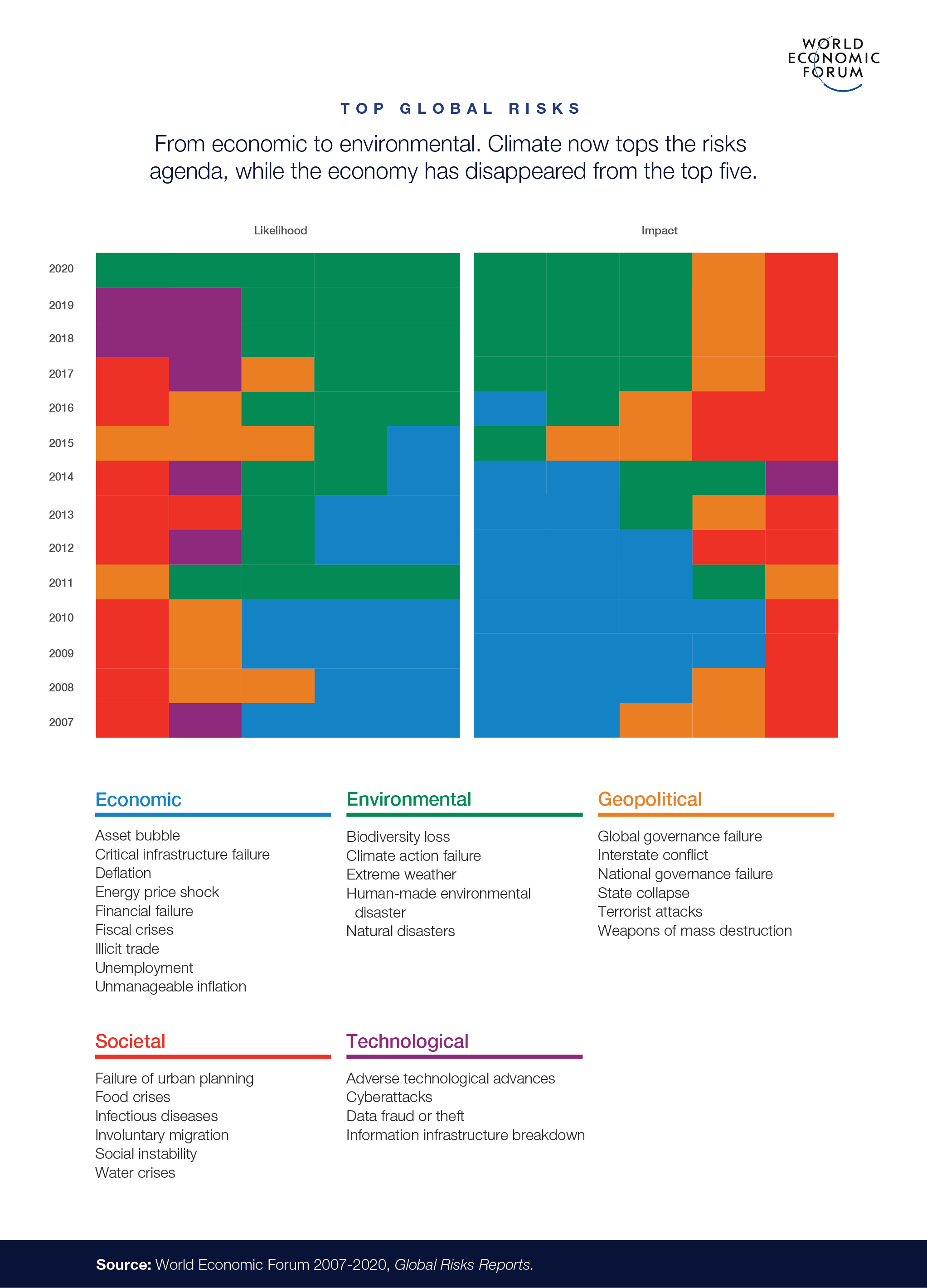