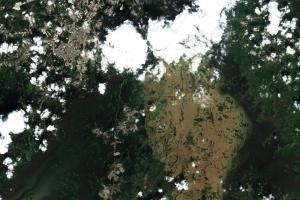 Heavy rains have impacted the Mexican states of Tabasco, Chiapas and and Veracruz, with Mexican authorities reporting 19 people dead and around 20,000 homes damaged, bringing the estimated death toll in Mexico and Central America to about 200. Further landslides have been reported in the municipalities of Yajalón, Tila and Chilón. Rains over the past few days have triggered landslides, blocked roads, and the overflow of five rivers in 20 municipalities from different regions.

To support disaster management authorities in Mexico in responding to the floods, UNOOSA, through its UN-SPIDER programme, has requested the activation of the International Charter Space and Major Disasters on behalf of the Mexico National Civil Protection System and the Mexican Space Agency (AEM). AEM is a UN-SPIDER Regional Support Office.

The project management for this activation is provided by the Autonomous University of Mexico State (UAEMEX).