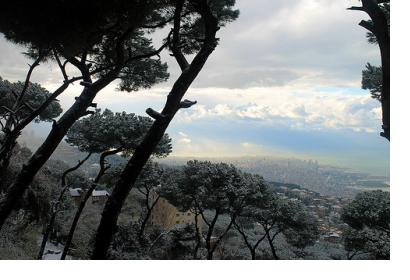 On 10 January 2013 the International Charter "Space and Major Disasters" was activated for floods in Israel to provide satellite imagery and derived maps. UN-SPIDER/UNOOSA requested the activation on behalf of UNOCHA, Pt Jerusalem Office. The National Space Organization (NSPO) already provided a Formosat2 image taken on 12 January 2013 over Palestine. The Imagery was processed by the FCU (Feng Chia University) GIS team.

After heavy rains, a deadly snow storm had hit parts of Israel, Palestine and Jordan causing power outages, structural and agricultural damage and loss of human lives. Since Thursday, 10 January, at least 4inches (10cm) of snow have fallen in Jordan. Thousands of people are living in refugee camps due to freezing weather conditions.

Reportedly, two fatalities occurred in Lebanon during a flash flood. At least 46 people have been injured in road accidents across Jordan. Several roads and schools have also been closed. Rescue efforts are on-going in the worst affected areas. The authorities are working alongside the army to help and rescue those severely stranded. Middle Eastern Meteorological officials claim this disaster to be the worst storm to hit the region in 10 years.