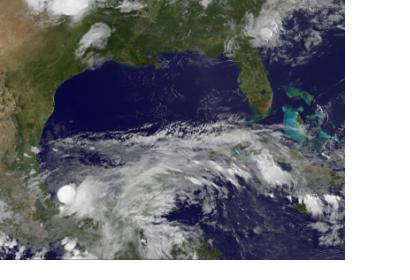 The low pressure area System 90L located by NASA’s AIRs in the southern Bay of Campeche on 5 June 2014 fizzled out by 9  June and did not develop into a tropical cyclone. It still dropped heavy rainfall causing flash floods, accompanied by stormy winds on eastern and south-eastern Mexico before the end of its lifetime.

According to the Mexican Weather Service, Veracruz and Huixtepec recorded respectively 7.1 inches and 2.9 inches of rain. NOAA’s GOES-East satellite captured imagery of the System's movement over land during the end of its lifetime.