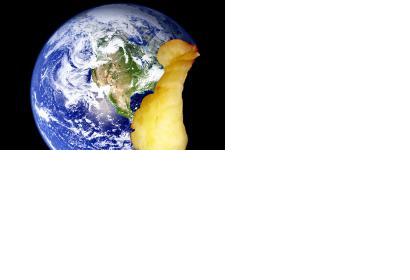 On 15 January 2015, the French Space Agency, CNES, made a public statement on its plan to focus on climate science in 2015, in preparation to the major upcoming climate change conference - the 21st yearly session of the Conference of the Parties to the 1992 United Nations Framework Convention on Climate Change (COP 21) - to be held Paris later this year.

CNES President Jean-Yves Le Gall announced that the agency has designated "Space for Climate" as its key theme for 2015, highlighting the role that space-based information plays in monitoring the Earth’s changing climate.

The 2015 plan provides further consistency to the argument that space data is extremely important to monitor our planet's climate, as well as to respond in an effective and timely way to the mounting challenges linked to climate change, such as natural hazards, disaster management and adaptation.

As one example of the role space plays in climate monitoring, le Gall cited efforts to track sea-level rise: “Only satellites can provide global coverage of what’s going on on planet Earth,” he said. “Space, in my opinion, is at the center of climate issues.”

In addition, the agreement between CNES and NASA in May 2014 was mentioned, which concerns the development of a climate science spacecraft, the Surface Water and Ocean Topography mission, planned for launch in 2020.