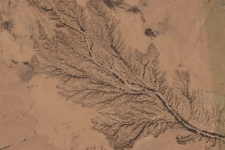 Land degradation is the reduction or loss of the biological or economic productivity and complexity of rain—fed cropland, irrigated cropland, or range, pasture, forest or woodlands resulting from natural processes, land uses or other human activities and habitation patterns such as land contamination, soil erosion and the destruction of the vegetation cover (UNCCD, 1994). Thirty-three per cent of global land area is degraded (FAO, 2015). About 47 per cent of degrading land globally is forest; cropland accounts for approximately 18 per cent of the global total degraded land (Bai et al., 2013). About two billion people and 1.9 billion hectares of land are affected by land degradation globally (Naseer & Pandey, 2018). It is estimated that land degradation costs the global economy between $18-20 trillion USD annually (UNCCD, 2019). The alarming rates of degradation globally have been recognized and accorded international efforts to help halt and reverse land degradation and combat desertification (ibid.). This is the main aim of Sustainable Development Goal 15 - specifically Target 15.3, which aims to achieve land degradation neutrality by 2030.

The main causative factors of land degradation include: unsustainable land use practices, such as excessive use of chemical fertilizers and mono-cropping; deforestation and vegetation cover changes and loss; soil erosion due to poor soil management practices such as over cultivation of soils or overgrazing; pollution especially soil and water pollution, mainly caused by poor waste management practices; climate change which decreases the natural ability of land to recover and international economic activities e.g. extractive industries (Naseer & Pandey, 2018; Lanfredi et al., 2015; Bai et al., 2006/2008). Underlying causes of land degradation may include among others migration, land shortages and poverty which force people into unsustainable land practices (Nkonya et al., 2011). Weak institutional and policy frameworks further may fail to enforce proper land administration and use (Dubovyk, 2017).

Land degradation leads to loss or reduction in biological productivity of land due to its effect on the ecosystem functioning. Loss of soil organic carbon is estimated to reach 212 Gt by 2050 through unsustainable land management and land conversion (UNCCD, 2019). Soil carbon is a measure of soil health. Global net primary productivity has reduced at least by 5 per cent due to loss of ecosystem functions caused by land degradation, which is estimated at an economic value of between $6.3-$10.6 trillion per year (or 10-17 per cent of global GDP) (UNCCD, 2019).

The image above shows results of the GLADIS approach, which is used to monitor the status and trends of land degradation and the pressures applied to the ecosystem functions. It is based on six biophysical and socioeconomic indicators that influence the land degradation process: biomass, biodiversity, soil health, water resources, economic and social-cultural conditions (Nachtergaele et al., 2010). The resulting land degradation classes are a combination of the overall status of the above biophysical parameters applied to the socioeconomic indicators (ibid.). This approach however is restricted by lack of detailed global level data and thus uses a lot of generalizations in its analysis, rendering its applicability and use of products at the local scales less reliable (ibid.).

Soil degradation is a common feature of LD (both as a cause and an effect of the LD process). Soil degradation is exacerbated by vegetation loss, and in turn causes land to lose its productive efficiency and stability. This further leads to loss of biodiversity, affecting the ecosystem balance and eventually causing alteration of ecosystem functions such as water and energy regulation and provisioning. Deforested slopes for instance are prone to landslides and are a danger to human populations, agriculture, settlements and other physical infrastructure. Degraded coastal land cannot provide protection against flood waters, storm surges and even cyclones/tsunamis. Deforested lands have reduced soil water storage capacity, which increases the run off volume and reduces infiltration, thus increasing the risk of flooding as the natural buffer capacity to control the flooding is hampered. High levels of river siltation can cause further flooding by increasing the sediment load, as demonstrated by the case of the2004 floods in the Ganges River in India (Ali, 2007).

Soil erosion and salinization - mostly caused by poor irrigation practices - can result in drought and famine episodes if unchecked in time. Soil is one of the single-most important resources as concerns life on land and thus its mismanagement is critically detrimental to populations worldwide. Land degradation due to soil erosion reduces crop yield and general net biological productivity of land. Consequently, it can lead to a reduction in the extent of productive land available for use. Such a scarcity may lead to land-based resource conflicts as communities scramble for the meager productive resources left. Inadequate or unequal access to healthy and productive natural resources can trigger instability and insecurity as communities compete for scarce water, food, grazing area, energy and other natural resources.

By rehabilitating and restoring degraded lands, land-based jobs (such as agro-forestry, ecotourism, etc.) can be created to cater for migration flows, income and increased production rates (IPBES 2018; UNCCD, 2014). In the US state of Oregon, for instance, about 6000 land rehabilitation projects created about 6500 jobs between the years 2001 and 2010 (UNCCD, 2019). Small holder farmers can gain up to $40 billion in profit if only 12 per cent of degraded agricultural land was rehabilitated (UNDP, 2017). The 3S Initiative, a collective voluntary effort by African Heads of State and Government to stabilize at risk areas by creating jobs for vulnerable populations through large scale investments in land rehabilitation and sustainable management, is founded on the premise of tackling the root causes of migration and instability by “creating 2 million jobs on 10 million hectares of restored land” (UNCCD, 2018). More generally restoring 350 million hectares of badlands is estimated to yield $9 trillion in economic benefits (Besseau et al., 2018). This can be further enhanced through strengthening land registration and rights for at risk and vulnerable populations. Strong property rights especially for land ownership encourage long term investments in land improvement and sustainable land use practices (Wikie et al., 2017; Mirzabaev et al., 2016; UNCCD, 2014).

Climate change is one of the leading causes of loss of biodiversity and ecosystem balance and function. Biodiversity loss can trigger and prolong land degradation, which in turn is a major contributor to climate change and variability. By the year 2050, it is estimated that global crop production would have reduced by at least 10 per cent globally; and up to 50 per cent in some regions of the world, primarily through land degradation and climate change factors. Rehabilitation and reclamation of degraded lands would reduce average carbon emissions and help sequester approximately 1-3 Gt of CO2 annually. LD was responsible for about 3.6-4.4 billion tonnes of CO2 emissions between the years 2000 and 2009 (UNCCD, 2019). This figure has gone higher since. Recent studies show that managing soil carbon by reversing land degradation is the most promising cost-effective high-impact means towards climate change mitigation and adaptation, increased food security and biodiversity conservation (Toensmeier, 2016). The benefits of land restoration are on average 10 times higher than the total costs of in action (SEI, 2018; Nkonya et al., 2016).

2. How to monitor and assess land degradation from space

This is a basic measure of vegetation condition and health indicating the quality, quantity and development of vegetation in a given area. The index employs the differential illumination and reflectance of vegetation features in an area. The difference is derived from visible and near infrared portions of the electromagnetic spectrum. NDVI is calculated using the formula below:

The values generated are usually between -1 and +1. The higher the value the better the vegetation condition and health. Lower values indicate degraded or non-existent vegetation. Built-up or bare areas would exhibit very low NDVI values, for instance. In image (b) below, the red shade represents low NDVI values and corresponds to the built-up areas in image (a).