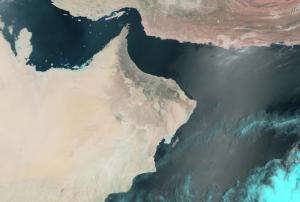 Due to floods on Oman, USGS on behalf of National Civil Defense and Ambulance General Authority of Oman requested the activation of the International Charter Space and Major Disasters for 22 November 2013. Since 15 November 2013 Oman has been subject to heavy rain, resulting in flooding in the northern and central parts of the country. The citizens are suggested to avoid travelling to the worst affected areas, where one person has been reported killed in the flooding while some northern areas have lost power. Furthermore, there are residents left isolated by the floodwaters that need assistance from the officials and rescue teams. No damage or further injuries have been reported so far, although it is expected that the rain will continue for several more days, worsening the situation.

The use and applicability of geospatial technology in Oman has seen rapid uptake over the past few years, and the future seems even more promising and replete with opportunities. The need of the hour is to create a platform which can bring together stakeholders to share ideas and information and thus accelerate this process. Geospatial Media and Communications (formerly known as GIS Development) is dedicated to raising the profile and expanding the horizons of the geospatial industry worldwide. As part of its efforts to bridge the divide between various sections connected to geospatial technology in Oman, Geospatial Media and Communications is pleased to announce that the Oman Geospatial Forum 2014 will be held in Muscat, Oman on 23rd and 24th November, 2014.