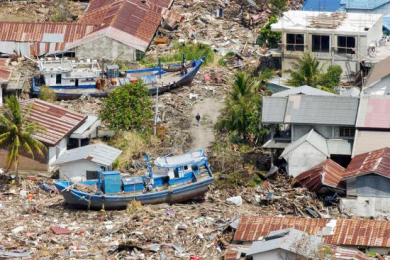 This year’s Asia Pacific Disaster Report 2015 – 'Disasters without borders: regional resilience for sustainable development', released by the United Nations Economic and Social Commission for Asia and the Pacific (ESCAP), provides an overview of disaster-risk resilience in the Asia-Pacific region. Furthermore, the report introduces new emerging risks for the region and its different sectors.

The report focalizes on cross-border disasters, among them earthquakes, droughts, tropical cyclones and floods, which can be only effectively dealt with cooperation. The ESCAP Executive Secretary Shamshad Akhtar stated, “Ours is the most disaster-prone region, so building resilience is not a choice, but rather a collective imperative (…) Disaster risk reduction is a core development priority of Asia and the Pacific.”

Besides cross-border disasters, the Asia-Pacific Disaster Report 2015 highlights specific areas of disaster risk reduction, which need to be further addressed. Natural disasters like droughts need to be mitigated with a long-term perspective for sustainably reducing its impact and recurring risk. The report evaluated political commitments within the Asian-Pacific as insufficient, lacking concrete actions, although investing in disaster risk reduction has been proven cost efficient.