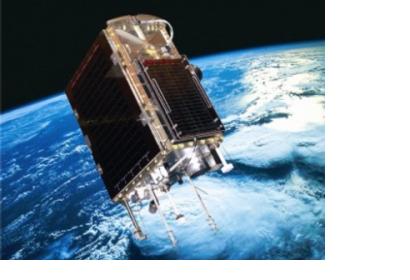 South Africa’s second satellite, SumbandilaSat, is no longer fulfilling its main purpose due to technical problems and is essentially beyond repair, its maker SunSpace says. Ron Olivier, head of Business Development at SunSpace, told defenceWeb that although contact can still be made with the satellite, it cannot capture images and is thus “not fulfilling its main purpose”. He said that chances of repairing the satellite are virtually zero and that SunSpace has moved on to other projects. SumbandilaSat was damaged during a solar storm in the June last year. The power supply to SumbandilaSat’s onboard computer stopped working and the satellite stopped sending back images. SumbandilaSat has been damaged by solar radiation before. Shortly after its launch in September 2009, radiation caused a power distribution failure that rendered the Z-axis and Y-axis wheel permanently inoperable, meaning that the craft tumbles as it orbits. It also lost the ability to capture imagery from the green, blue and xantrophyll spectral bands. According to Olivier, the reason for SumbandilaSat not having adequate radiation hardening was that there was not enough money for it and the satellite was built from commercial off-the-shelf (COTS) equipment. SumbandilaSat was, after all, intended only as a technology demonstrator. In this regard SunSpace engineer Niki Steenkamp said the satellite has been an enormous success and has survived far longer than anticipated. ‘Priceless’ information and experience has been gained through the satellite, experience that can only comes from actually building and launching a satellite. Such experience will be utilised during the construction of future satellites. Hans Van De Groenendaal, feature editor at EngineerIT, said that part of the reason for SumbandilaSat’s failure is the use of outdated technology and the fact that the satellite sat on the shelf for three years before it was launched. However, he said that South Africa “scored lots of kudos” with the satellite, as it performed “extremely well,” especially considering its short construction time and slim budget. Olivier said that SumbandilaSat has delivered around 1 200 images over the course of its lifetime. Some of these pictures cover floods in Namibia, the aftermath of the tsunami in Japan and fire scars in the Kruger National Park. The satellite was also extensively used by amateur radio enthusiasts as it carries a radio transponder and digitalker. Olivier says that radio transmissions still operate, making it useful to radio operators around the world, including in the US, Europe and Australia. SumbandilaSat was developed by Sunspace at an estimated total cost of R100 million (design and manufacturing cost R26 million; launch cost R8.3 million). Olivier says that the design and manufacture of SumbandilaSat cost a tenth of a NASA satellite of similar size. Last year the Department of Science and Technology (DST) said that for every R1 invested in the SumbandilaSat programme, there has been a R6 return. However, Raoul Hodges, centre manager at the Satellite Application Centre (SAC), said this is not a cash value, but it's about the value for the social benefit of the country, considering the people involved, knowledge obtained and human capital investments. “You can't really put a value to a picture. It's the value taken from the picture in its use for disaster management, roads and transport. It's not a physical, cash value.” The Department of Science and Technology (DST) has said that since the satellite is a technology demonstrator, the return on investment is in the form of human capital development in space science engineering; intellectual property and experience; and international cooperation in the field of space science and technology. Olivier notes that the image processing methods and mission control systems pioneered on SumbandilaSat will be used on future satellites. SumbandilaSat is South Africa’s second satellite, the first being SunSat, which was built by Stellenbosch University and launched by NASA in 1999. SumbandilaSat was built by local specialist company SunSpace, and is owned by the DST. Although its imaging capacity is not has high as other satellites, it has succeeded in its primary stated mission of proving the viability of affordable micro-satellite technology, the DST said. SumbandilaSat was launched from Kazakhstan in September 2009. It was originally scheduled for launch aboard a Russian naval submarine in 2007, but this fell through.The DST is planning to launch a constellation of satellites similar to SumbandilaSat in the next 10 to 15 years. One of these will be SumbandilaSat 2, which will be larger and more reliable than its predecessor. Sansa is hopeful that funding for SumbandilaSat 2 will be secured during the next financial year, starting April 1. Development will take about four years. More satellites will increase the availability of satellite data for a variety of applications, notably resource management and disaster monitoring. South Africa, Kenya, Nigeria and Algeria will participate in a joint venture and will eventually share in the data produced by the African Resource Management Constellation. In addition, South Africa hopes to build a space weather satellite with Brazil to monitor radiation over the southern Antarctic.
defenceweb
Tue, 01/31/2012 - 16:18
South Africa