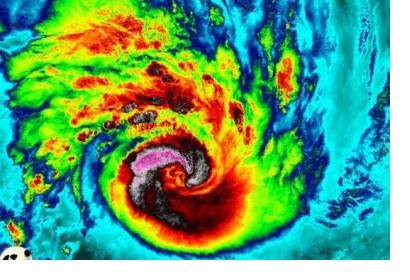 China and France launched a new joint Earth observation satellite on 29 October which aims to assist with a range of tasks including global marine monitoring, disaster management, and risk reduction as well as tracking the effects of climate change.

The China-France Oceanography Satellite (CFOSat) was put into orbit via a Long March 2C rocket which lifted off from the Jiuquan Satellite Launch Centre in China.

CNES says that the simultaneous acquisition of wind and wave measurements by the two instruments constitutes a scientific first.

Each country will acquire all SCAT and SWIM science data via two French receiving stations in Canada and Sweden and three stations in China. The data gathered will be analyzed in both countries.

“[CFOSat]  will help increase the observation and prediction of catastrophic sea states, such as huge waves and tropical storms, and provide security support for offshore operations and engineering, ship navigation, fisheries, and coastal management,” said Zhao Jian, a senior official at CNSA.
Forecasts have been enhanced significantly in the past decade, but prediction accuracy still needs to be improved, especially in extreme events such as hurricanes, typhoons and rapidly evolving storms, according to scientists.

There are now five Chinese-developed oceanic satellites in orbit, including the HY-1C and HY-2B satellites which were sent into space earlier in 2018.