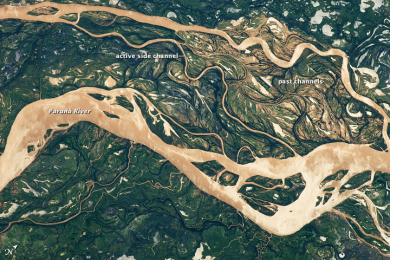 On 14 June 2014 the International Charter: Space and Major Disasters was activated at the request of the Brazilian Disaster Risk Management National Centre (CENAD) in response to flooding and landslides caused by heavy rainfall from 07 and 10 of June 2014 affecting the states of Santa Catarina and Parana.

Due to the flooding and landslides ten people have died and six are still reported as missing, an estimated 40,000 people have been evacuated and 130 cities have been affected. Flooding of the Parana River has impacted not only Brazil but Argentina and Paraguay as well.

Additionally to the efforts of the International Charter, the crowdsource mapping organization MapAction has deployed volunteers to support relief efforts in Paraguay where around 160 000 people have been affected by the inundations. The situation might worsen as the forecasts predict continuous rain for several weeks.