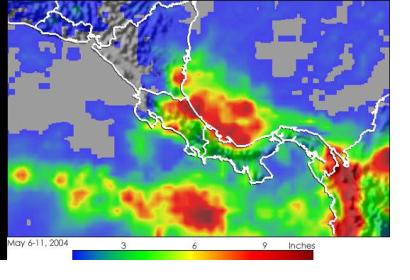 The International Charter Space and Major Disasters have been activated in Costa Rica on 28 November 2016 due to the consequences of Hurricane Otto. The activation was requested by USGS on behalf of National Emergency Committee Costa Rica. UN-SPIDER contributed with Costa Rica to activate the charter and is permanently giving technical support to that country.

The FloodList portal informed that northern provinces in Costa Rica received intense rains on 24 November 2016. The national Weather Institute of the country (IMN) reported rains up to 120 mm in three hours in Guanacaste and Alajuela stations. The Costa Rica National Civil Defense reported that 255 communities were affected and 43 were inaccessible. For more information please click here.