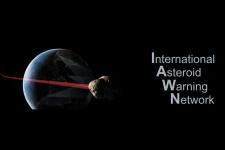 Like all planets in the solar system, Earth grew billions of years ago as a result of the accumulation of matter falling from outer space. To this day, matter continues to land on the surface of the Earth in the form of meteorites. In fact, some of the water on the planet stems from comets and asteroids that have impacted Earth. But a 10- to 15-kilometer-large asteroid impacted Earth 65 million years ago, causing the extinction of many living species on the planet, including dinosaurs. On 30 June 1908, Tuguska in Russia experienced the impact of a large meteorite - around 30 to 40 meters in diameter - that flattened the neighboring forest. More recently, in 2013, a smaller meteor impacted the planet near Chelyabinsk, also in Russia.

Recognizing the risk posed by such near-Earth objects (NEOs), the Committee on the Peaceful Uses of Outer Space (COPUOS) established an Action Team on Near Earth Objects to facilitate the implementation of Recommendation 14 of the Third United Nations Conference on the Exploration and Peaceful Uses of Outer Space (UNISPACE III). In February 2013, the Action Team recommended to the Committee the establishment of the International Asteroid Warning Network (IAWN) as a virtual network of institutions “performing functions such as discovering, monitoring and physically characterizing the potentially hazardous near-Earth object population and maintaining an internationally recognized clearing house for the receipt, acknowledgment and processing of all near-Earth object observations.”

Fifteen observatories and space institutions from Europe, China, Colombia, Croatia, Mexico, the Republic of Korea, the Russian Federation, the United States of America, and amateur observers from the United Kingdom of Great Britain and Northern Ireland signed the IAWN Statement of Intent in 2014. These members contribute to the detection, observation and characterization of NEOs using ground and space-based assets, orbit computation, potential impact prediction and potential impact effects.

Recognizing the need to reach national disaster management agencies, IAWN has established links with the UN-SPIDER programme to raise their awareness about NEOs.

IAWN serves the global community as the authoritative source of accurate and up-to-date information on near-Earth objects and NEO impact risks. Information is freely available to all interested parties.