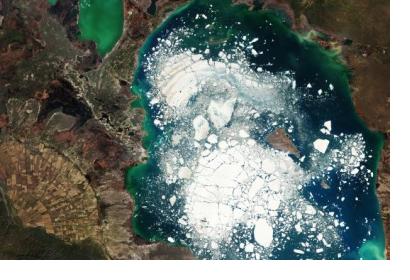 The Central Asia Hydrometeorology Modernization Project (CAHMP), funded by the World Bank and co-financed by United Nations agencies and other development partners, receives new funding after reinforcing weather forecasting and early warning efforts in Central Asia. The five countries of the region, Kazakhstan, Kyrgyzstan, Tajikistan, Turkmenistan, and Uzbekistan, are exposed to an increasing number of hydrological and meteorological hazards.

To help address the present and prospective challenge, the World Bank invested US$ 28 million into CAHMP. Since the project needs further structural developing, it was recently granted an additional $11.5 million from the International Development Association (IDA) which, as part of the World Bank Group, offers loans to developing countries.

So far, the project has provided technical equipment such as automated observation networks, modern workstations, but also trainings for participating agencies. It has helped the National Hydromet Services of the five countries to build resilient communities by sharing data and expertise, rebuilding infrastructure and human capacity.

Additionally, CAHMP has given meteorologists better access to satellite information, which helped  increase the accuracy of weather forecasts by up to 30%. Through reliable weather forecasts, farmers have the chance to react to weather changes and make possible adaptations on their fields, e.g. installing irrigation pumps in a drought period.

These efforts are particularly important for mountainous Tajikistan and Kyrgyzstan, two of the most climate-vulnerable countries in Europe and Central Asia. The latter is frequently struck by avalanches, while 36 percent of Tajikistan is under threat from landslides. Insufficient infrastructure, poor resources and poverty aggravate the threats from mountain hazards to the population.

Central Asia is expected to experience significant temperature rises in the upcoming years. In Kazakhstan for instance, wheat, a prominent crop in the area, will presumably face heat stress. Therefore, the continuing reinforcement of CAHMP through new funding is crucial. According to Dr. Jim Yong Kim, President of the World Bank Group, “our response to the challenge of climate change will define the legacy of our generation. The stakes have never been higher.”