UAE: First Arab-made satellite to be launched in 2017 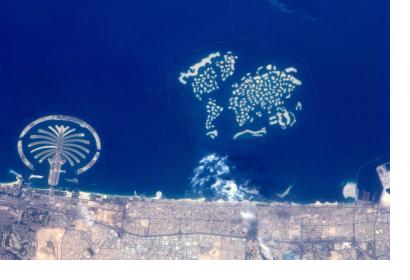 On 29 December 2013, UAE's Vice President and Prime Minister, Sheikh Mohammed bin Rashid Al Maktoum, announced that the UAE will launch the first satellite fully built and manufactured in 2017 launching its executive phase. Khalifa Sat will be build under the responsibility of the Emirates Institution for Advanced Science and Technology (EIAST).

The website Emirate 247 quoted Sheikh Mohammed saying: ''Khalifa Sat is a message to all Arabs that Arab ushering into the space era is neither out of reach nor impossible and our State will be a leader in this industry as long as we have the confidence and courage to enter into competition with major countries in this field."

At EIAST, a powerful integrated national team of 45 high caliber engineers and experts are currently establishing advanced facilities and high-tech laboratories for building the satellite. EIAST has previously launched two satellites, DubaiSat 1 and DubaiSat 2, which marked a national milestone as they were the first remote sensing satellites to be fully-owned by a UAE entity.