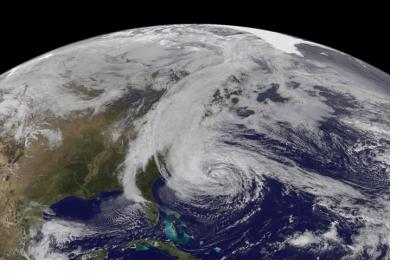 A new technique for using GPS data developed by a team of researchers led by geophysicist Jennifer Haase from the Scripps Institution of Oceanography at UC San Diego could enhance hurricanes and storms predictability.

The new system includes a receiver of GPS satellite signals aboard aircrafts instead of using receivers fixed to ground or fixed to a satellite. This allows the receivers to pick up signals even over oceans. The system can thus deliver detailed meteorological readings from various regions, especially areas where hurricanes might develop. "Having dense, detailed information about the vertical moisture distribution close to the storms is an important advancement, so if you put this information into a weather model it will actually have an impact and improve the forecast", said Haase.

The new instrumentation called GISMOS (GNSS Instrument System for Multistatic and Occultation Sensing) could complement models and data based on satellite observation, with readings from specific areas of interest and so improve early warning times, hurricane forecasting and weather models.