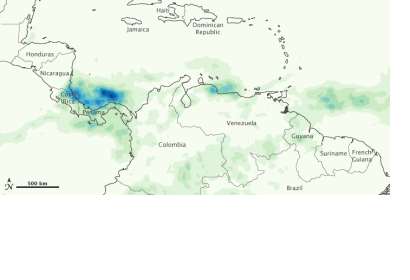 On 18 August 2014 the International Charter: Space and Major Disasters was activated for floods and landslides in the Republic of Panama at the request of the USGS on behalf of SINAPROC / Chiriqui Province / Municipality of Tierra Alta.

The disaster occurred in Chiriqui Province because of heavy rain on 17 August. The rain caused the Chiriqui Viejo River to burst its banks in Chiriqui Province, which led to flooding in the city of Cerro Punta. It has caused 9 casualties and destroyed over twenty homes, making almost 100 individuals homeless. The President of the Republic of Panama has declared a state of emergency in the province, and rescue efforts are at work.