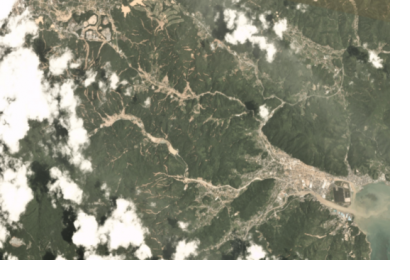 In May 2018, Planet joined the International Charter “Space and Major Disasters” as an approved data contributor, providing the Charter with 3.7 million Planetscope data from the largest fleet of miniature Earth imagery satellites operated by Planet. Planet's constellation of microsatellites will add to the Charter's ability to respond effectively to calls after major disasters worldwide.

Planet has contributed data to the International Charter in an unofficial capacity since 2016, providing data and imagery for disasters such as Hurricane Matthew. Through becoming an official contributor, Planet will provide PlanetScope imagery in a more consistent and targeted way for man-made and natural disaster events around the globe throughout the year.

Planet operates around 150 satellites and microsatellites in orbit including its Dove, SkySat, and RapidEye constellations and is collecting over 300 million km² of imagery daily. Planet will contribute data of their “Dove” satellites (PlanetScope) free of charge to the Charter, for a significant portion of all Charter activations.

Planet has recently submitted data in response to Charter activations for flooding in Lao People’s Democratic Republic and Japan.

The International Charter on "Space and Major Disasters" is a worldwide collaboration among space agencies, through which satellite-derived information and products are made available to support disaster response efforts.

In July 2018, UNOOSA and the United Nations Institute for Training and Research (UNITAR) Operational Satellite Applications Programme (UNOSAT) jointly activated the International Charter “Space and Major Disasters” for the recent floods in Lao People’s Democratic Republic. UNOOSA activated the Charter on behalf of the country’s Ministry of Science and Technology and Department of Disaster Management and Climate.

Through UN-SPIDER activities, the Office continues to promote the Universal Access Initiative of the Charter with the goal of making national DRM users aware of the initiative and supporting them in becoming Authorized Users of the Charter.