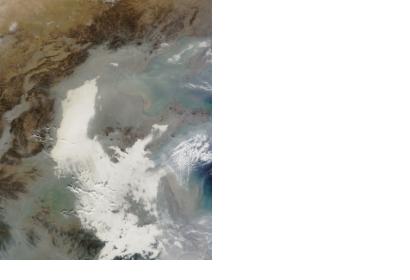 China's high definition Earth Observation satellite Gaofen-1 has been officially put in service on Monday, 30 December 2013, according to the State Administration of Science, Technology and Industry for National Defence (SASTIND), as the News Agency Xinhua reported. Gaofen-1 has successfully undergone eight months of in-orbit tests after being launched on April 26 and has sent high definition photos to Earth. China's use of remote-sensing satellite has entered a new phase, said Xu Dazhe, head of the SASTIND.

The satellite will help in geographic and resources surveys, environment and climate change monitoring, precision agriculture, disaster relief and city planning. During the test period, Gaofen-1 already provided data on the Lushan earthquake in Sichuan; floods in northeast China; and the smog in north and east China. It also provided Pakistan with image data after the 24 September earthquake.

Gaofen-1 was the first of five or six satellites to be launched for high-definition Earth observation before 2016. It is also the first low-orbit remote-sensing satellite designed to be in use for longer than five years. The Gaofen-2 satellite is scheduled to be launched early in 2014.