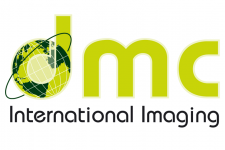 The DMC is a unique earth observation (EO) satellite constellation that delivers high frequency imaging anywhere on the globe from a long established and growing collection of satellites.

The second generation of enhanced DMC satellites (launched in 2009) provide hugely increased imaging capacity, retaining the original 650km swath width, but with twice the pixel density at 22metre GSD.  The radiometry has been greatly enhanced to provide improved MTF and S/N.  The satellites are routinely cross-calibrated within 1% of Landsat.  Data continuity was assured with the launch of additional capacity in 2014/5, which added 60 million km2 of imagery per day.

In addition to commercial activity, the DMC actively works within the International Charter for ‘Space and Major Disasters’ to provide free satellite imagery for humanitarian use in the event of major international disasters, such as tsunamis, hurricanes, fires and flooding. The DMC is represented by the UK Space Agency on the Charter Board and by DMCii in the Executive Secretariat.

The DMC satellites are designed and built by Surrey Satellite Technology Ltd (SSTL) www.sstl.co.uk.  Each  satellite is independently owned and controlled by a DMC Consortium member.

DMCii owns and operates its own satellites and coordinates DMC members’ satellites to provide a seamless imaging service.