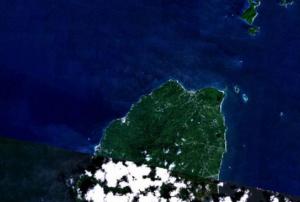 The International Charter: Space and Major Disasters was activated on Friday, 24 July, to mitigate the potential impact that the Kick 'em Jenny underwater volcano could have on Grenada, island country in the Caribbean Sea. The United States Geological Survey (USGS) sent the request to activate the mechanism on behalf of Montserrat Volcano Observatory and Government of Grenada.

On July 23 the Kick 'em Jenny volcano, located just off the coast of Grenada, started showing an increased activity after having already caused over 200 small earthquakes since July 11. Due to the risk of a tsunami that could impact Grenada and the threat that the volcanic ejections could represent for the marine traffic in the area, the authorities set up an area of 5 km surrounding the volcano to impede the navigation.

According to the International Charter, “there have been no recorded earthquakes from the volcano since 26 July, and the alert level has been reduced.” 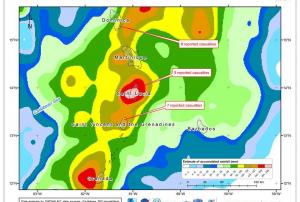 In response to requests coming from the affected countries, and in the context of CATHALAC's role as a UN-SPIDER Regional Support Office in the region, CATHALAC's Division of Applied Research and Development prepared an analysis of the events triggering the disaster. The analysis was based on satellite-derived estimates of rainfall, principally from NOAA's Satellite and Information Service (NESDIS), and climatology data from the WorldClim 1.4 database. The results of the analysis showed that a...