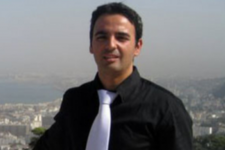 The Algerian Space Agency (ASAL) has been hosting the UN-SPIDER Algeria Regional Support Office since 2009. ASAL, which was established in 2002, implements national policies concerning the promotion and development of the use of space for technological, scientific and practical applications. Kamel Tichouiti is the Head of the Department on Major Risks and Geo-environment in the Space Applications Centre. The department deals with the management and the follow-up of major disasters in Algeria using space-based information thus supporting national disaster management and civil protection agencies. Hazards affecting the region include floods, forest fires, desertification, and locust infestations.

Algeria and other countries in Northern Africa have recently been suffering from major locust infestations. Can you tell us which role ASAL played in mitigating this hazard?

Kamel Tichouiti: In January 2012 the locust activity in the Wilaya d’Illizi 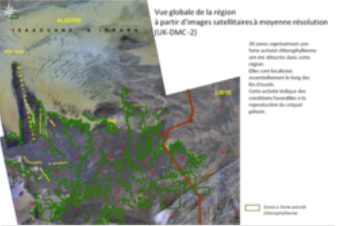 region in Algeria had significantly increased with several swarms coming from biotopes in South-West Libya and South-East Algeria. Consequently, the Algerian RSO and ASAL jointly supported the National Institute for the Protection of the Vegetation (INPV) by creating a map indicating the risk zones for the region, analyzing the ecological conditions of the migratory locust for the period January to April 2012. We did this by interpreting medium resolution satellite imagery that was made accessible to us by the Disaster Monitoring Constellation UK-DMC-2 and the Regional Center for Mapping of Resources for Development (RCMRD), which facilitated the tasking of the US-satellite EO-1.

How exactly did you analyze the risk of the locust infestation using satellite imagery?

Kamel Tichouiti: The five 22m resolution images obtained allowed us to precisely identify zones with high chlorophyll levels. High chlorophyll levels indicate favorable conditions for the locust to reproduce thus representing a high risk for the insects‘ infestation to increase. This imposes a threat to the local agricultural production. We were able to identify 39 high potential reproduction zones spread over 330 000 km2 for the period 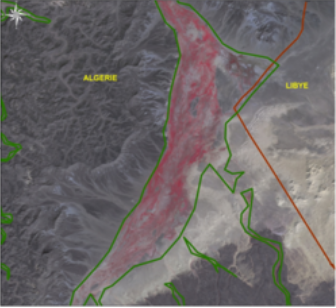 January through April 2012. They are located in South-East Algeria (Wilaya d’Illizi) and in the South-West of Libya, mainly running along the Oueds (riverbeds).

After this analysis, what are ASAL’s next steps in supporting the mitigation of locust infestations?

Kamel Tichouiti: An ecological analysis of these locust biotopes based on satellite imagery for the month of May is underway by the Algerian RSO. Once produced, this new analysis will be made available to the National Institute for the Protection of the Vegetation (INPV) so that they can carry out prevention actions in Algeria and share their evaluations with the Food and Agricultural Organization (FAO), which is active in Libya on this issue as well.