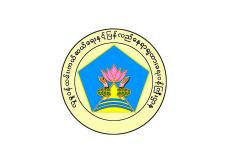 1. To deliver relief to people, monks and nuns who face disasters such as fire, flood, strong wind, earthquake and armed insurgency to ease their sufferings.

2. To deliver relief to those who are caught in a storm, in a river, or in a sea, and for those who are stranded in far-flung regions or in foreign countries because their vessels engines are in disorder.

4. To provide aid to those who face hunger owing to sever drought, great change of climate or destroyed agricultural fields by pests and animals.