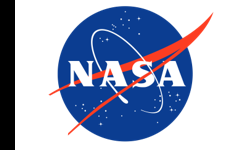 In the area of disaster management, NASA provides important data from its satellite missions and works in cooperation with other North American organizations in order to prevent and mitigate the consequences of a natural disaster.