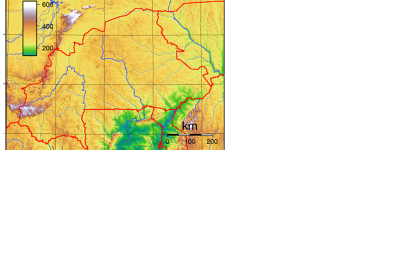 The country of Burkina Faso has updated its entire national base map. IGN France International carried out this project between 2011 and 2015 funded by the European Union under its 10th European Development Fund.

34 topographic maps at a scale of 1.200 000 have been elaborated and the national topographic database has been upated. Not having being updated since the 1950s, the database could not reflect any longer the changes that have occurred in Burkina Faso in the recent years. Global warming, for instance, has caused changes in agricultural, farming or forest areas that will be now included in the updated map.

The project was divided in four main components: the acquisition of satellites images and the technical assistance for the launch of tenders that were meant to permit the acquisition of the equipment necessary for the project; a capacity building phase, including the implementation of the methodology, the identification of local expertise, the recruitment of local teams and extensive training sessions; a production and technical assistance phase; and the last phase aimed at highlighting the work being done.