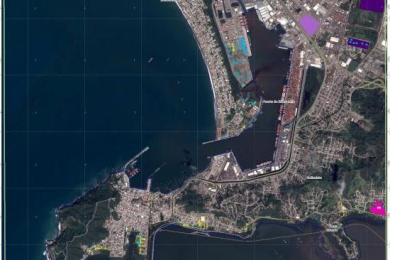 The Copernicus Emergency Management Service was activated by the European Commission Humanitarian Aid and Civil Protection on October 23, because of Hurricane Patricia. This is the strongest hurricane ever that hit the eastern north Pacific region.

Very strong winds and storm surge affected the west Mexican coast. Jalisco, Colima, Nayarit and Province are the areas being covered by Copernicus service. Both, delineation maps and grading maps are being provided to show the extent of the areas affected and the damages caused by the event. The aim of the initiative is to supply the necessary information for the Civil Protection Authorities to support adequately on the field.

The hurricane hit Mexico’s coast last weekend with a category 5 storm. Winds reaching upward of 165mph. were registered. So far, six deaths were reported after accidents linked to Hurricane Patricia. According to officials the number of people affected is far fewer than from many other major hurricanes. Clean-up activities to repair the impact on the infrastructure are ongoing.