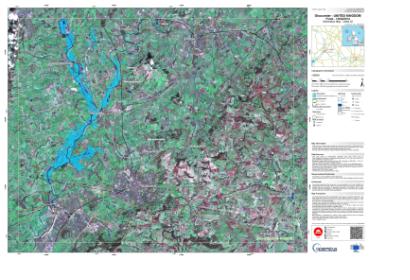 On 12 March 2014, the European Parliament adopted the Regulation of Copernicus, the European Union's Earth Observation Programme. With the adoption of the regulation, the Copernicus programme is entering the operational phase after years of preparation. The next step is the launch of the first Copernicus satellite, Sentinel-1, beginning of April from Europe’s Spaceport in French Guyana. In a press release the European Commission stated: "Indeed, the adoption of the Regulation paves the way for the continuous development of the programme. This text, which still needs to be adopted by the Council, defines Copernicus objectives, governance and funding (some € 4.3 billion euros) for the period 2014-2020."

European Commission Vice President Antonio Tajani, responsible for industry and entrepreneurship said: “Space is a priority for the Union; the budget for both European flagship space programmes, Copernicus and Galileo, for the next seven years is secured. Almost €12 billion will be invested in space technologies. It is my priority to make sure that this budget will multiply the benefits that European citizens will reap from our space programmes."

The Copernicus Programme will ensure the regular observation and monitoring of Earth sub-systems, the atmosphere, oceans, and continental surfaces, and will provide reliable, validated and guaranteed information in support of a broad range of environmental and security applications and decisions.

One of the services of Copernicus is a mapping service for disaster management (GIO EMS - Mapping). It has a worldwide coverage and provides mainly Civil Protection Authorities and Humanitarian Aid Agencies with maps based on satellite imagery. The service started operations on 1 April 2012.