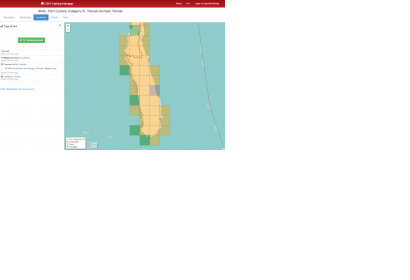 Cyclone Pam, which struck Vanuatu last Friday, has affected more than 130,000 people, about half of the population of the country, according to UN estimations. Following a direct hit from the Category 5 storm, at least two deaths have been confirmed and over 30 injured people are being treated in the capital Port Vila.

"Vanuatu is used to disasters but the indications are that Cyclone Pam has caused unprecedented damages," said President Baldwin Lonsdale in a press release issued on his behalf by the UN Office for Disaster Risk Reduction (UNISDR). Several UN Departments are coordinating help or already actively supporting the rescue teams on site, amongst them UNICEF, OCHA and UNDAC.

Additionally, the crowdsource mapping community has already become involved to assist the country in its emergency response efforts. Map Action is sending two experts to Vanuatu to support the preparation of emergency maps in response to the Cyclone. The team will be working in partnership with the United Nations’ Disaster Assessment and Coordination teams and the National Disaster Management Office to map the needs of affected communities and help coordinate the response.

The Humanitarian Open Street Map Team (HOT) also provides help. While HOT has not been formally activated, its volunteer community has so far mapped using pre-disaster imagery. Maps based on post disaster imagery are expected to be available soon. HOT reported: "In the space of less than 24 hours, the HOT community more than doubled the amount of map data in OpenStreetMap. This was done by first covering all the priority islands to map with both Task Manager about 99% completed. The community used existing imagery and added this to our Task Manager tool to divide up the tiles (blocks on a map)."