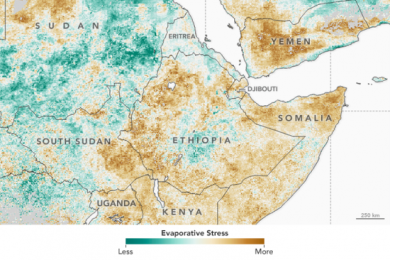 Somalia’s president Mohamed Abdullahi Farmajo declared the current drought as a national disaster at the Drought Committee meeting in Mogadishu on 28 February 2017. The country’s Prime Minister added that at least 110 people have died from starvation in the past 48 hours. The drought has been partly caused by the El Niño phenomenon in east and southern Africa and also by the lack of rain during recent years. Domestic animals are dying in large numbers and there are more than 6 million people facing food insecurity. Some humanitarian groups fear a full-blown famine to come. In addition to the lack of food, there are also many cases of dehydration. Dozens of deaths caused by cholera have been reported, as there is no clean drinking water. The full impact of the drought on the country is yet still unknown.
Somalia drought: At least 110 die as fears of famine grow
Tue, 03/07/2017 - 09:54
Somalia