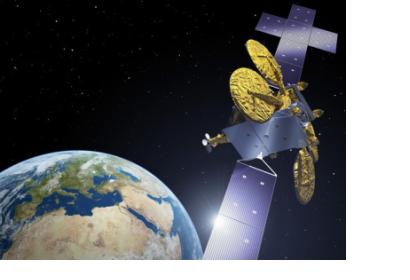 ESA is moving ahead with the development of their next-generation satellite communication platform - Neosat. The Phase-B contract was signed on 20 February in Paris, France. ESA contracted the European firms Airbus Defense and Space and Thales Alenia Space to build the new generation Neosat spacecrafts.

Magali Vaissiere, ESA's Director of Telecommunications and Integrated Applications, highlighted the importance of the project for the European market: “Neosat will foster the competitiveness of European satellite industry and strengthen Europe’s position in the core satcom market for the next decade. This is a unique opportunity for Europe’s suppliers, as 80% of European satellite platform equipment is procured from within ESA Member States. This will be worth €7 billion to those suppliers.”

ESA elaborates on their website on the further development of the project: "The contract for Phase-B is expected to last around 13 months. The subsequent Phase-C/D will start in 2015 for the development and manufacture of the first two prototype flight platforms, launch in 2018–19 and in-orbit demonstration under a public–private partnership to be established with satellite operators."