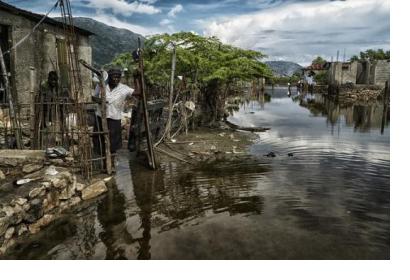 ESA’s Earth Observation for Sustainable Development initiative (EO4SD) will encourage International Financing Institutions (IFIs) such as the World Bank and vulnerable countries to cooperate and take advantage of the vast amount of information collected from space to assist with disaster risk reduction.

The ESA Disasters Risk Reduction project recognises that many developing countries do not have access to reliable data in a range of areas including information on rapidly changing population settlements. At the same time, the project notes that IFIs are also investing in a range of projects related to disasters and reconstruction. Thus the provision of more accurate data via satellites can boost the impact of both parties’ efforts when it comes to disaster risk reduction. For instance, space-based information will allow national authorities to increase their early-warning capacity including forecasting which areas are likely to be affected by floods or landslides; or which evacuation routes can be used when such disasters occur.

Within ESA's Disasters Risk Reduction project, Indra, a major technology company, is leading the work of a consortium made up of different companies and organizations: GISAT (Czech Republic), Planetek (Italy), OHB Luxspace (Luxembourg), Argans (France) and Nazka (Belgium) as well as the Austrian meteorological institute (ZAMG).

The ESA Disasters Risk Reduction project aims to align with the Sendai Framework for Disaster Risk Reduction 2015-2030. The Sendai Framework is a 15-year, voluntary, non-binding agreement which recognizes that the State has the primary role to reduce disaster risk but that responsibility should be shared with other stakeholders including local government, the private sector and other stakeholders. It aims for the substantial reduction of disaster risk and losses in lives, livelihoods and health and in the economic, physical, social, cultural and environmental assets of persons, businesses, communities and countries.

The wider EO4SD initiative run by the ESA promotes the use of Earth observation products to support sustainable development in various areas: the rural environment and agriculture, the urban environment, the management of water resources, climate change resilience, the management of marine and coastal resources and states affected by violence and conflict, as well as this new activity focusing on disaster risk reduction.

In a separate development, Indra has launched a direct access terminal (DAT) under the ESA General Support Technology Programme which will allow governments, organisations and companies to directly and autonomously retrieve data from Earth observation satellites. Users will be able to download telemetry sent by satellites by using an antenna and a terminal, which will process the data to create high-resolution images in near real-time. These images can be used for a variety of means including the detection and monitoring of wildfires; delimiting zones affected by floods or restricting access to damaged buildings due to an earthquake.

The development of the DAT has been initially designed to receive data from Spain’s PAZ Synthetic Aperture Radar satellite and the twin units, TerraSAR-X and TanDEM-X, which will begin operating jointly as a single system later in 2018 to observe any point on Earth.