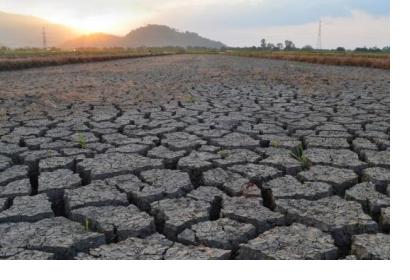 The Joint Research Centre (JRC) published a new edition of its World Atlas of Desertification (WAD3) on 21 June 2018. The publication and related website show that population growth and changes in consumption patterns put unprecedented pressure on the planet's natural resources. As a result, the WAD3 highlights the urgency to adopt corrective measures such as greater commitment and more effective cooperation at the local level to limit two of the main causes of land degradation: the consumption of animal proteins from unsustainable sources and agricultural expansion.

The Atlas provides a comprehensive and evidence-based assessment of land degradation at a global scale and thus offers a tool for decision makers to improve local responses to soil loss and land degradation, comprehend the causes of such issues and utilize potential remedies to tackle desertification and restore degraded land.

Land degradation and desertification are issues which have been adopted into the United Nations Sustainable Development Goal 15 with the title “Protect, restore and promote sustainable use of terrestrial ecosystems, sustainably manage forests, combat desertification, and halt and reverse land degradation and halt biodiversity loss” and continue to be of high importance as pressures on land and soil have increased dramatically since the two first editions of the Atlas were published in 1992 and 1998.

The new edition of the Atlas was created using new data processing methods employed by EU scientists, thousands of high-performance computers and 1.8 petabytes of satellite data.

According to the WAD3, over 75% of the Earth's land area is already degraded, and over 90% could become degraded by 2050. Globally, a total area half of the size of the European Union (4.18 million km²) is degraded annually, with Africa and Asia being the most affected.

Apart from natural repercussions, up to 700 million people are estimated to have been displaced due to issues linked to scarce land resources by 2050 and the economic cost of soil degradation for the EU is estimated to be in the order of tens of billions of euros annually.

The new WAD3 gives a clear overview of the underlying causes of degradation worldwide. It also contains a large number of facts, forecasts and global datasets that can be used to identify important biophysical and socio-economic processes that, on their own or combined, can lead to unsustainable land use and land degradation.

Being confronted by the rapidly growing appreciation of the complexity of the land degradation phenomenon and all the human factors that both drive it and are derived from it, scientists working on WAD3 offer an approach that accommodates and embraces these complexities and is intended to provide an information framework from which to pursue solutions that fit specific local situations.

The WAD3 is available here.