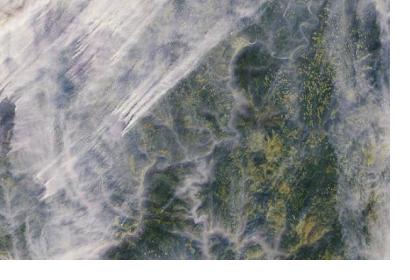 With a primary focus on oceans, the Sentinel-3B satellite will monitor aquatic biological productivity and marine pollution, to map sea-level change and to forecast the sea state for efficient and safe ship routeing. As well as measuring the oceans, the mission also delivers unique and timely information about changing land cover, vegetation, urban heat islands, and for tracking wildfires. The satellites will also have the ability to deliver rapid information to relevant authorities about the development of hurricanes and tropical storms.

The Sentinel-3B satellite joins its identical twin Sentinel-3A, launched in February 2016, in orbit. With the Sentinel-1 and Sentinel-2 pairs already in orbit monitoring the environment, the launch of Sentinel-3B means that three mission constellations of the European Union’s Copernicus environmental monitoring network are now complete. In addition, Sentinel-5P, a single-satellite mission to monitor air pollution, has been in orbit since October 2017. Thus Sentinel-3B is the seventh Sentinel satellite launched as part of the Copernicus programme.

Both Sentinel-3 satellites are designed to operate for at least seven years, and they carry enough fuel to last 12 years.

Copernicus is a European Union programme aimed at developing European information services based on satellite Earth Observation and in situ (non-space) data. The programme is a leading provider of Earth observation data across the globe. The European Space Agency says that data from the Copernicus programme are used worldwide and are free of charge.

Copernicus relies on the Sentinel satellites and contributing missions to provide data to monitor the environment and for supporting civil security activities. Specifically, such data is utilised by the Copernicus Emergency Management Service which is composed of on-demand mapping component including the provision of rapid maps for emergency response and risk & recovery maps for prevention and planning purposes. This mapping service also comprises of an early-warning and monitoring systems for floods, droughts, and forest fires.