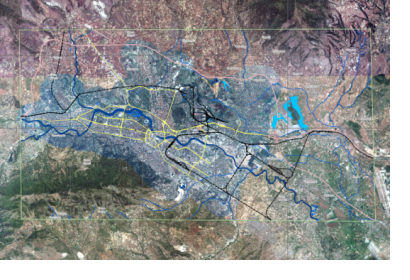 Skopje, the capital city of the Republic of Macedonia, was impacted by heavy rains on the 7th of August which led to floods in various parts of the city especially in the northern suburbs.

The COPERNICUS programme of the European Union gathered some information about the floods and provided maps of the flooded area. Around 157 hectares of the city are flooded and the most affected areas are the villages of Stajkovci and Haracinovo, as well as Skopje's suburbs of Butel, Cento and upper Lisice.   22 fatalities were confirmed by the authorities and more than 1000 residents were displaced. The water level reached 1.5 meters above its normal level in some areas.

The EU Civil Protection Mechanism has been activated on the 8th of August and a team has been deployed to Skopje to assist in response operations.