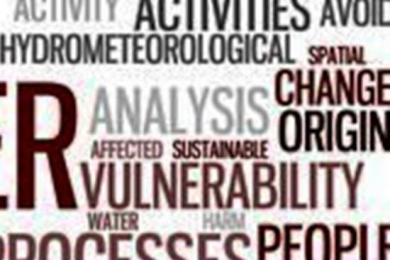 An Open-ended Intergovernmental Expert Working Group on Indicators and Terminology was established by the UN General Assembly in June 2015, as a way to steer efforts regarding indicators to assess advances in the context of the seven targets established in the Sendai framework for Disaster Risk Reduction 2015-2030. The experts in this OEIWG are nominated by Member States (countries). By June 2016, 255 experts form 107 Member States have been nominated to participate in the OEIWG.

UNDRR organized the third meeting of the OEIWG in September 2015 to examine and discuss the indicators to monitor the 7 Global Targets established on the Sendai Framework. The whole document is available here.

There are vital issues to be considered by the OEIWG including: the scope of the indicators (including hazard category and data collection), the normalization, temporal issues , terminology and indicators, disaggregation in targets a and b, affected people, direct economic loss, indirect economic loss, damage to critical infrastructure and facilities and disruption of basic services, national disaster Loss Database, national self-assessment, coherence with SDG’s and Climate Change convention, coherence with other official national statistics and data set owned by sectors, baseline development, evolution of data collection and roles and responsibilities.

The list bellow shows one example of a recommended global indicator for each target:

Target D: Substantially reduce disaster damage to critical infrastructure and disruption of basic services, among them health and educational facilities, including through developing their resilience by 2030

D-1 Damage to critical infrastructure due to hazardous events

Target F: Substantially enhance international cooperation to developing countries through adequate and sustainable support to complement their national actions for implementation of this framework by 2030

Under examination by UNDRR

Target G: Substantially increase the availability of and access to multi-hazard early warning systems and disaster risk information and assessments to the people by 2030