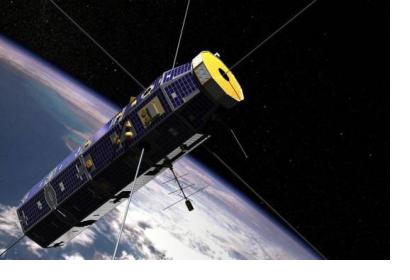 On 17-18 September 2015 heads of space agencies gathered for the International Academy of Astronautics (IAA) Heads of Space Agencies Summit in Mexico City to discuss the role of satellite applications in climate change and disaster management. Space agency leaders confirmed their commitment to strengthen the role of space in the field of climate change and disaster management by formulating the Summit Declaration:

“Combining measurements derived from operational programmes and research and development, Earth observation satellites contribute considerably to developing an in-depth understanding of the physical processes involved in climate change and efforts to model those processes. Numerical climate models depend on in-situ and space-based observations to reproduce the complexity of the various components of the climate system (atmosphere, oceans, ice, land surfaces etc) and to project future climate scenarios that depend on various socioeconomic factors, including the future actions of humans.”

“No single agency or state alone can address the broad needs of monitoring Earth’s climate International coordination is therefore imperative if we are to succeed in maintaining and augmenting an operational Global Climate Observing System (GCOS). More than half of the key climate parameters identified by the GCOS and required to sustain the work of the United Nations Framework Convention on Climate Change and the IPCC are observed globally from space. International coordination bodies such as the GCOS, the World Meteorological Organization, the United Nations Office for Outer Space Affairs (UNOOSA), the Group on Earth Observation, the CEOS (Committee on Earth Observation Satellites) and the Coordination Group for Meteorological Satellites already work together, each making their own unique contribution, enabling continuity of data from Earth observation satellite missions to be planned in advance and ensuring the best use of space assets to reduce our vulnerability and improve our common future under climate change.”

The IAA further emphasized its partnership with members of space agencies through summits and analysis, serving as a catalyst for space agencies.