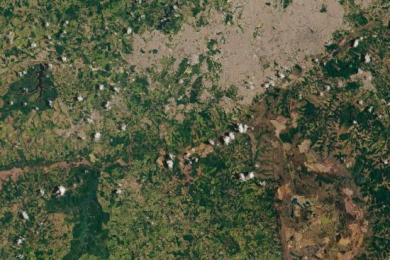 The International Charter “Space and Major Disasters” has been activated for floods in Brazil following the collapse of a mining dam. The activation was requested by the Brazilian Disaster and Risk Management National Centre (CENAD). The country’s Ministry of Regional Development is acting as project manager for the activation.

A dam at an iron ore mine in the south-eastern town of Brumadinho collapsed, releasing a torrent of tailings. The large volume of sludge that spilled out of the dam then swept south west to Paraopeba River, burying the site’s cafeteria where workers were eating, as well as nearby homes and vehicles. The mud has reached a depth of 50 ft in some areas. According to media reports, 134 people were killed in the event, while another 199 are still missing.