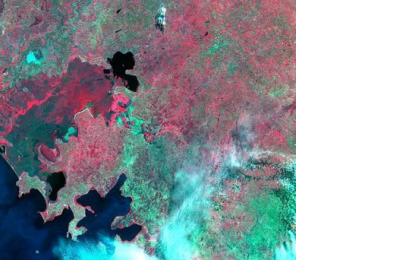 The International Charter Space and Major Disasters was activated for floods on Thursday 6 September 2012 in the region of Maga, Mayo-Danay, Cameroon. The Charter was activated by the United States Geological Survey (USGS) on behalf of Civil Protection Directorate, Cameroon.

Extreme floods have devastated Northern regions of Cameroon. Nearly 20 people have died and thousands more are left homeless. Continuous rainfall and the release of the Ladgo Dam caused the Benoe River to burst its banks, which flooded neighbouring residential areas. Faro, Mayo Louti, and Benoue areas were most hard-hit by the floods, destroying crop and rice fields thus causing shortages of food supplies. There are growing concerns of infections such as cholera and malaria being spread through flood waters. Rescue operations are under way; more than 2,500 people have been medically treated and placed into tents.