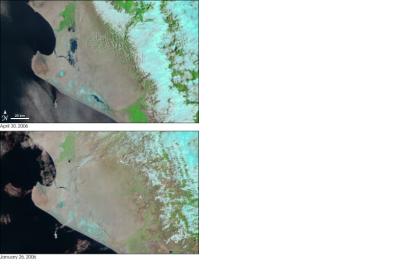 The International Charter Space and Major Disasters was activated on 21 January 2014 for the flood event in Huancavelica, Peru.

Following the flooding of river Mantaro on 20 January, a landslide occured and disrupted transport. It is expected that the flooding will move further along riverside and will flood the near villages. The initial situation evaluation showed that due to the heavy rainfall 33 houses have collapsed, 2430 people were considered at risk. In one of the villages on the river, Cuzco, several people died and some 2000 tourists were stranded at Machu Picchu afte the railway collapsed.