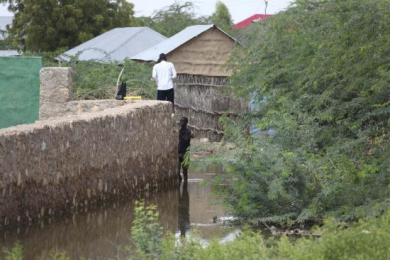 The International Charter Space and Major Disasters has been activated for flooding in Somalia on 7 May, caused by weeks of heavy rainfall.

The rainwater has caused the Shabelle and Juba rivers to run over and flood parts of HirShabelle, Jubbaland and South West state. As a result, more than 200,000 people had to be evacuated and emergency settlements are being built up for the victims. However, limited access to clean water might increase infections of water-borne diseases.

The activation has been requested by UNITAR-UNOSAT on behalf of United Nations Office for the Coordination of Humanitarian Affairs.