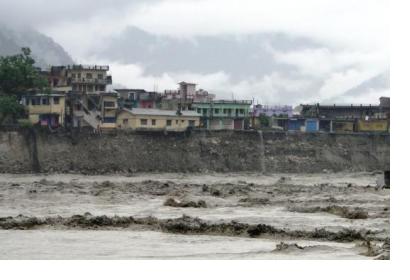 The Indian state of Uttarakhand has signed a memorandum of understanding (MoU) with the Indian Space Research Organisation (ISRO) in Ahmedabad on 15 February. This understanding gives the Uttarakhand Disaster Mitigation & Management Centre (DMMC) access to the satellite imagery data produced by ISRO to put to use in forecasting potential issues for better disaster management and monitoring weather conditions.

Under the partnership with ISRO, Uttarakhand will be alerted about detectable disasters at least 72 hours in advance, allowing more time for appropriate response procedures to be put in place than is currently the case, and giving a fuller, more detailed image of the entire state for potential issues.

This partnership will also allow post-disaster imagery to become instantly available for analysis by DMMC, which can be useful in assessing damages and developing future strategies in mitigation. Previously, the state had only been able to access this data by making a request with the central government’s database.

Created in 1969, ISRO is the official space agency of the Government of India. Their applications deal primarily with Earth observation, navigation, communication, climate and environment, and disaster management.