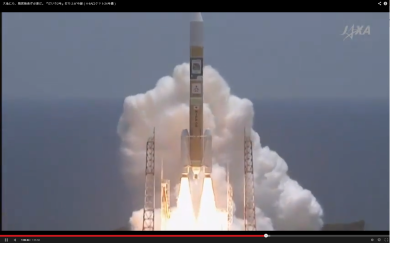 On 24 May 2014, the Japanese Space Agency JAXA successfully launched their new mapping satellite Advanced Land Observing Satellite-2 “DAICHI-2” (ALOS-2). The satellite was launched onboard the H-IIA Launch Vehicle No. 24 (H-IIA F24) from Tanegashima Space Center. JAXA reported in a press release: "The launch vehicle flew smoothly, and, at about 15 minutes and 47 seconds after liftoff, the separation of the DAICHI-2 was confirmed."

ALOS-2 will be able to monitor scars left by natural disasters as well as progress made in reconstruction, JAXA said, according to Geospatial World. The new satellite will not only collect data related to deformation of the Earth's crust, but also the impact of floods and landslides.

JAXA broadcast the launch live; a recorded version of the webcast is now also available on Youtube. The event was also covered on Twitter using #daichi2.