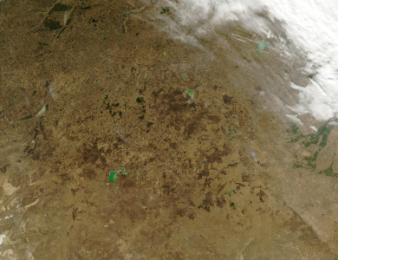 KazEOSat-2, with 6.5 meters spatial resolution, is expected to provide full remote sensing data such as imagery of the Kazakh territory, including monitoring and prevention of disasters as well as defense and security mapping of the country.

KazEOSat-2 was produced by the British technology company Surrey Satellite Technology, which is part of the French Airbus Defense and Space.